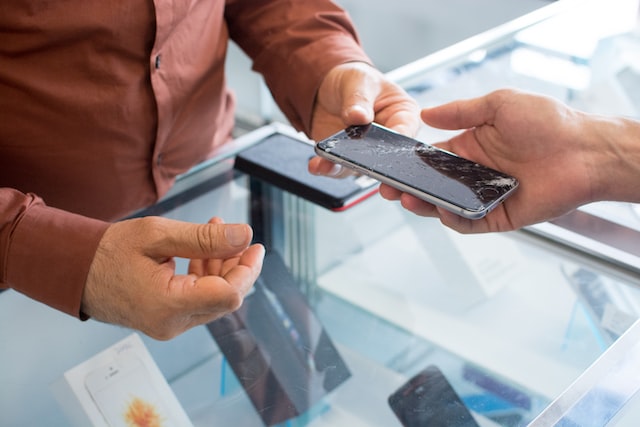 Breaking your cell phone is something that almost everyone has experienced atleast once in their lifetime. After breaking a cell phone, people usually try to fix themselves either by themselves or by taking to a phone repair store nearby.

Some people try to fix their phones themselves and hesitate to take their phones to a repair store because of some common myths. And while trying to repair their phones themselves, they cause further damage to the delicate components of the device. Therefore, we will bust some of the common myths about cell phone repair stores in Columbia, Kentucky. The next time you break your phone, you can confidently take it to the repair shop without causing further damage to the device while fixing it yourself.

Although the internet has many useful information about cell phone repair, it is also filled with many incorrect myths. Such incorrect information can misguide people majorly and they may end up in loss. Let’s have a look at some of the common myths about phone repair stores.

Most people believe repairing a cell phone costs as much as purchasing a new one. Whereas, this is not the truth. Although the cost of the repair varies on the severity of the damage, usually the damage done is minor and won’t cost much. Hence, if you have dropped your phone by accident, and now the screen is shattered or accidentally dropped it in water, you may consider repairing it rather than purchasing a new one.

Another common myth about cell phone repair stores in Columbia, Kentucky, is that people believe that if they have broken their cell phone and take it to a third-party phone repair shop while there is still time left for the warranty period to expire, they may void it. Whereas, this is not the case.

If you have broken your phone’s screen or dropped it in water, then you have already exhausted the warranty as most companies do not cover these damages in their warranty, hence getting your phone repaired from a third-party phone repair shop will not make any difference. Similarly, if there is some issue with the phone software and fixing it doesn’t require opening it, then the warranty doesn’t get void no matter where you get your phone fixed.

Phones Can Be Repaired At Home

Most people believe that they can easily fix their phones at home. While it might be true for some phones, some are more complex than others and need proper training to handle them.

Therefore, it is always wiser to take your phone to a certified technician to get it fixed rather than trying to fix it at home and causing further damage.

A Broken Phone Can Never Be The Same Even After Repair

This is not true! If you have broken your phone and take it to a reputed phone repair store such as Gadget Defenders, it will be as good as new. They make use of high-quality original equipment and have a team of certified technicians who fix your device with the right tools to ensure the repair lasts long and your phone functions smoothly.