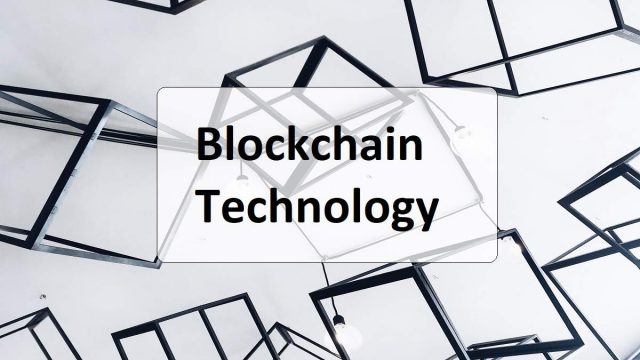 The introduction of blockchain technology is one of the most encouraging developments.

In a survey of 4,800 business executives from around the world, 66% of respondents said they thought innovation would have the greatest impact on economic growth in the ensuing 30 years.

Young professionals must understand the driving forces behind scientific and technical growth, anticipate the new sectors they will enable, and predict how they will change today’s jobs to prosper (or survive) in this continuously changing market.

Here is a quick explanation of what blockchain technology is, why it was created, what makes it special, and how it might change the world in the future.

Databases are used by people to store and transmit information.

However, these databases are owning by businesses who have access to the private information you store on their platforms (like bank details, financial transactions, and private messages).

They’ve created a platform that stores and transports data in a novel way and enables you to keep it safe since people don’t trust these companies to keep their data secure or private.

Blockchain is the name of this technology, and its prospective uses have many intrigued.

What drove the need for blockchain technology

The workings of blockchain technology

There are five traits of blockchain technology

The technology consists of five main parts, some of which are challenging to comprehend, but I’ve tried to make each one understandable.

Distributed ledgers: A database that exists in millions of copies and is constantly updated by everyone connecting to a network.

Imagine a massive spreadsheet that is accessible to all users online.

The spreadsheet has digitised records of several items (like the value of a currency, files like PDFs or images, or even a historical list of different transactions).

Peer-to-peer network: A group of computers that enables devices to pool their resources and work more quickly on a variety of activities.

A type of encryption software is a hash function.

A hash scrambles a message (like a transaction record) so it’s hard to read without a signature or key (an instruction that lets the right people unscramble the message again).

Immutability: Immutability is a security feature that prevents unauthorised changes or alterations to data.

Pseudonymity: Allows users to choose whether they wish to share their identity with other users of the network or stay anonymous.

How blockchain technology may alter how young professionals are employed

It follows that businesses will face fewer financial obstacles to global expansion, increasing the likelihood that you’ll interact with colleagues and departments from around the globe.

Enhanced democracy – Even good administrations can be corrupted, elections can be rigged, and eventually citizens lose faith in democracy.

We may be able to vote using blockchain in a way that is immune to outside interference or the impact of corruption.

The workplace will keep changing as a result of innovation.

Young professionals must therefore stay up with technology advancements, comprehend how they function, and foresee how they may transform the organisations and economies in which they work.