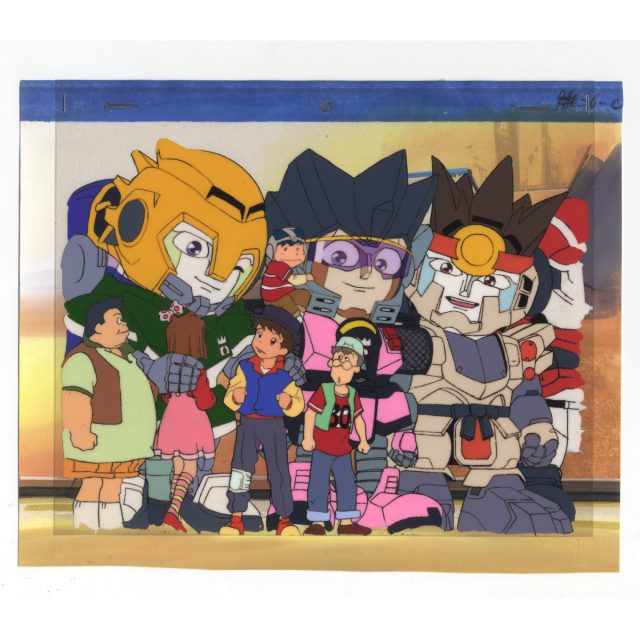 Have you ever watched any Japanese anime and manga series? If so, did you find them fascinating? There is an incredible range of Anime genres, ranging from slice of life to supernatural fantasies. There is something for everyone, so you can always find something highly entertaining and worth watching.

Anime and manga fans everywhere don’t just want to watch the series they love, they want to collect every product to do with their favourite characters. The most in-demand products are anime posters and anime cels. Here will discuss the top 10 most wanted or popular Japanese anime and manga.

Now, let’s find out what these manga anime series are!

With many young fans, Dragon Ball opens the door to the world of Japanese animation for good reason. The focus of the series is superhuman martial artist Goku and his pals as they test their mettle against a succession of progressively formidable and fantastical adversaries. Which is entertaining, but not very profound. However, the humour, quirky characters and great action make up for the series’ plot shortcomings. A martial arts fantasy where the majority of the cast is capable of destroying planets with their bare hands? Sign us up.

Currently Dragon Ball has aired 9 seasons with over 153 episodes.

The popularity of Eiichiro Oda’s One Piece means it has been running continuously since 1999 and has given rise to numerous theatrical and television spin offs. The absurd, captivating story of stretchy pirate captain Monkey D. Luffy and his never-ending quest to succeed the current Pirate King is something we can’t get enough of. Over the span of more than 20 seasons and over 800 episodes (and counting), the characters are what keep you interested in the show despite its endless entertainment.

Pokemon is regarded as one of the most well-known anime series. Action, adventure, and values are all featured in this fascinating programme. Since the programme is primarily designed for children, it imparts many moral teachings for young people. The episodes will never leave you bored, as the road trip stories never take place in just one town. If you haven’t already (do you live under a rock?), try this cute show. You will likely already know many characters of this anime series, either from playing the card or video games.

The series has more than 22 seasons and over 1000 episodes to date.

If you enjoy emotional rollercoasters, then Naruto is for you. There are so many wonderful aspects to this enormously successful anime series. Every character in the series has a complex backstory, which has viewers become enormously invested in the characters and driven to keep watching the next episode. Even the antagonists are likeable, since they each have strong reasons for their actions, making us sympathetic in their journeys. There are many knowledgeable and honourable people, and the intricate world building is one thing that distinguishes it from other series. Naruto is unique in that characters are not simply powerful, thanks to its highly designed Jutsu system. Every character in the series has a different fighting style.

The series has 5 original anime series, 21 seasons of Naruto Shippuden and 1 season of Boruto with more than 800 episodes combined.

Look no further if you’re seeking an epic, dramatic anime with a compelling plot. One of the most well-known anime series, Attack on Titan, features thrilling battles and a gripping story. Tragic situations and scenes abound throughout, and fair warning that your heart will probably break watching this show as so many characters give their life to defend humanity.

The series is comparatively short, with only 3 seasons and 54 episodes.

Everything about Detective Conan will keep you intrigued. It features heartwarming romance, comedic moments, conflict, and intriguing mysteries. Give it a try if you enjoy well-planned mysteries with challenging puzzles to solve!

The series has 27+ seasons with more than 900 episodes.

Two brothers strive to resurrect their mother in the anime series Fullmetal Alchemist. Alchemy’s fundamental principle asserts that in order to get something, one must sacrifice something personal of equal value. As a result, one brother loses an arm, while the other loses his entire body (and his soul becomes bonded into a suit of armour). The brothers soon find out about the Philosopher Stone’s existence, which has the power to defy the rules of alchemy. To obtain that stone, our heroes decide to set out on a mission. As they move on, the brothers become more aware that they are involved in a far grimmer conflict than they had originally thought.

Fullmetal Alchemist has two seasons with more than 100 episodes.

Cowboy Bebop still holds up well after more than 20 years, both in terms of concept and execution. The space western that made Spike, Jet, Faye, Ed and Ein famous still has a stunning visual style, a compelling narrative, adorable characters, and one of the best soundtracks in anime history. Beyond anime, Cowboy Bebop has left an enduring impression; celebrities like Orson Scott Card, Rian Johnson, and Robin Williams have praised the show and acknowledged its influence on their works.

The 26 genre-defying episode run of Cowboy Bebop is still popular because of the story’s enduring relatability.

Hajime no Ippo, often known as Fighting Spirit in the US, is an exciting translation of an exceptionally long-running manga story. This coming-of-age movie, about a bullied youngster named Ippo Makunouchi who discovers he has a boxing talent, is compared to a cross between Rocky and The Karate Kid. The television show tracks Ippo’s development and slow ascent through the boxing ranks. The way this series works to develop all sides of each match-up fully is what sets it apart. Ippo trains not only to be the best but also to understand and relate to his opponents.

Hajime No Ippo has 3 seasons with more than 130 episodes of action.

New-comers and seasoned anime viewers should watch all 366 episodes of Bleach, which was broadcast from 2004 to 2012. Based on the well-known manga series that ran in Weekly Shonen Jump, it was serialised between 2001 and 2016, and produced by the Pierrot studio. Beginning in October 2022, the new television series Bleach: Thousand-Year Blood War continues the manga’s original plot. The action-adventure show with a Samurai theme centres on high school student Ichigo Kurosaki, who has extraordinary abilities to combat demonic spirits known as Hollows.

The medium of animation—and anime in particular—touches the emotions of its viewers. It serves as a platform for artists to express themselves through words, feelings, and ideas that are particular to them.

So, how many Anime series have you watched? Let us know in the comments. Additionally, if you’re just starting to watch, let us know which series description interests you the most.

Apart from this if you are interested to know more about Release Date, Plot, Cast And All Other Info then visit our Entertainment category

Susanna Hoff Net Worth, Career, Achievements And Other Must-Known Facts

Erik Estrada Net Worth, Biography, Career, And Other Facts You Must Know