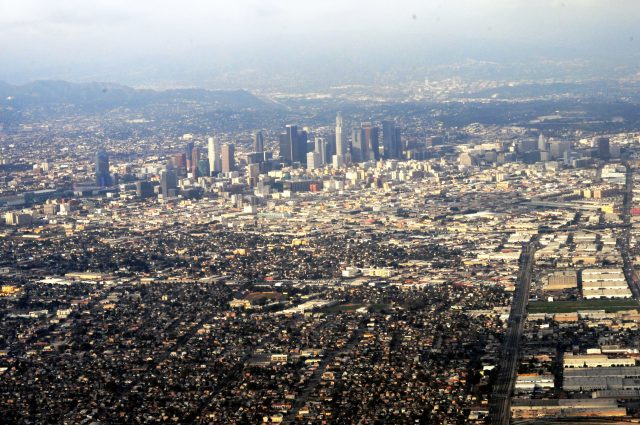 Are you considering moving to Los Angeles? People in Los Angeles seem to like it pretty well since the city’s population is a reliable indicator of how they feel about living there. In Los Angeles city limits, there are 4 million residents, while 18.7 million live in the greater Los Angeles region. It’s hard to pin down what living in Los Angeles is like, the people, the attitude, the culture, and the financial opportunities.

In Los Angeles, you’ll meet a lot of interesting people. The people living in Southern California are ethnically and culturally diverse; they come from all over the globe. Southern Californians speak 140 languages and come from 180 countries. You might have neighbors halfway across the world or down the street if you move to Los Angeles. There’s nothing strange about being a newcomer here. From the first contact between Native Americans and Spanish explorers in 1542 to the first settlement in 1781 and continuing today, Los Angele has consistently grown through immigration.

That’s why each Angelino has their version of Los Angele. They all have their reasons for moving here and their reasons for why it’s a great city to live in. Dreamers and entrepreneurs have always been attracted to the West Coast, and Los Angeles remains today’s modern American frontier.

Based on the indexed score provided by the U.S. Statistics Bureau, where the average United States metro area has a score of 100, Los Angeles has a score of 136. Grocery, utility, healthcare, and transportation prices are similar to those in other cities. Putting a roof over your head is the most significant difference. In Los Angeles, the house price index is 207.

Besides New York City, Honolulu, Orange County (really), and San Jose, Honolulu and Honolulu are the only other high-cost cities. Coastal cities like San Diego are not far behind, and the data suggest that people are generally willing to pay more to rent or buy a home there. Of course, there are also high-end neighborhoods and exclusive neighborhoods within major cities. The most expensive areas in Los Angeles often have luxury homes over $100M that are out of reach for most but the very wealthy.

You’ll notice, once you’ve moved to Los Angeles, an alarming number of people hanging around cafes during business hours. On a Monday at 11:00 am, you might ask yourself, “Why are so many people not working? Is there work in this town?”

In Los Angeles, many careers don’t operate on a 9-to-5 schedule, from entertainment to fashion. Those involved in theater, films, or television usually work seasonally. People get a lot of freedom during the downtime on the production side of the entertainment industry (weeks or even months). In Los Angeles, you’ll see a lot of people walking around during the time of day you’d typically expect people to be hiding away in offices.

Also, not all occupations require an office. Writers spend a lot of time at cafés tapping away at their laptop keyboards. In addition to auditioning during the daytime, actors also work at night waiting tables to earn money for rent. It will also become apparent to you that not everyone here works in “the industry” (the entertainment industry).

Although few American cities provide as much for people as Los Angeles does—diverse art and culture, exceptional year-round weather and outdoor activities, breathtaking ocean views, and some of the best restaurants and entertainment in the world—it is well known that LA is an expensive place to live. These advantages for many residents make the increased price tag worthwhile! Even though LA is known for its heavy traffic, many methods exist to avoid it.

If you move to Los Angeles, you will inevitably notice the laid-back style of the city. A relaxed attitude pervades the workplace regardless of position or occupation.

There is a casual dress code. The denim uniform is what you wear just about everywhere, from work to a night out. Flip-flops and a t-shirt go with just almost everything. It could even be argued that the casual dress code here is just a disguise. It’s possible that the guy in the jean jacket with the scruffy beard at the dive bar is not who you think he is. He might be an influential motion picture producer. It may be worth watching him go. The guy in the valet line is always the one who picks up his Range Rover.

Despite having a laid-back attitude, most people here dress well. A few fashion designers and brands in Los Angeles are considered to be among the most influential in the world. Los Angele is not short of fashionistas.

L.A. is a city with an open-minded attitude that encourages innovation and a healthy way of life. Diet and exercise fads are constantly being introduced, and you might find the constant introduction of the latest trends annoying at times. It’s no secret that people here enjoy talking about “what’s new.” Here’s a re-usable joke you can pull out whenever you need it.

Regardless of the fads, everyone can agree that a good local farmer’s market is invaluable. Los Angele has many to choose from. They are so numerous that the Los Angele Times created a searchable database. It would seem that the parody video “Yoga Girl” was inevitable given the healthy lifestyle and the production mindset in this town.

Los Angeles’ traffic is one of the most unfortunate aspects of living here. Despite the city’s increasing number of subway lines and increasing Metro ridership, cars are still the mode of transportation. If you wonder why this article discusses “traffic,” you’ve come to the right place. We spend much of our lives in our cars, whether it’s on the 101, 405, 605, 110, or 210 (to name a few).

In Los Angeles, there is always traffic congestion to contend with. On weekends, you will not find any relief as the freeways are clogged with commuters Monday through Friday. The commute is never-ending. On a Saturday morning, the southbound 101 can quickly become jammed. Below are some traffic pictures from a typical evening commute. As a comparison, the image scale below measures about 50 miles across.

How much money do you need to live in Los Angeles?

A person who earns $74,371 a year could live comfortably in Los Angeles, according to an estimate by Gobankingrates.com.

What are the pros and cons of living in Los Angeles?

Would it be worthwhile to move there?

People are considering moving to Los Angeles more often now that they have greater flexibility and a deeper appreciation of the city. With a warm climate, a diverse culture, and a rich history, the city is well known.