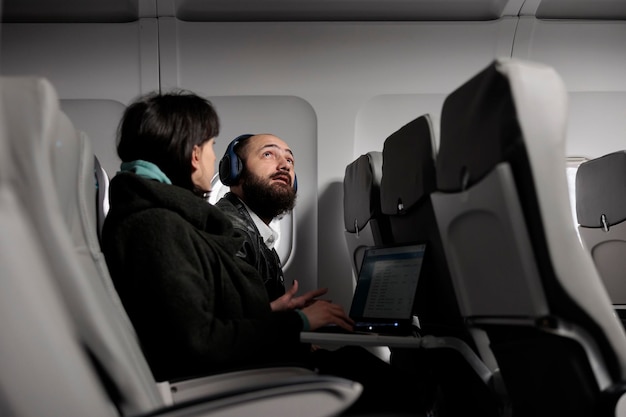 Further, for the in-depth analysis, the report encompasses the industry growth indicators, restraints, supply and demand risk, along with detailed discussion on current and future market trends that are associated with the growth of the market.

The global in-flight Wi-Fi (entertainment) market is anticipated to grow with a CAGR of ~18% over the forecast period, i.e., 2022 – 2031. The market is segmented by technology into satellite, air-to-ground (ATG), Ka-band, Ku-band, and SBB. Out of these, Ka-band segment is anticipated to grow at arapid rate during the forecast period on the back of the higher frequency range in the spectrum between 27.5 and 31 GHz.By the end of 2022, over 500 Delta Airlines aircraft were shortlisted to acquire Viasat Ka-band Wi-Fi, previously over 300 aircraft had a similar system installed in them.

Furthermore, the global in-flight Wi-Fi (entertainment) market was observed to generate remarkable revenue in the year 2021. The growth of the market can be attributed to theincreasing utilization of smartphones across the globe. For instance, in 2022, nearly 6 billion people were stated to be using smartphones. Additionally, mounting figures for airline passengers and increasing utilization of the internet are further estimated to push the market growth over the forecast period. As of June 2022, the air traffic was anticipated to reach around 75% (Measured in RPKs).In-flight Wi-Fi becomes an essential part of aircraft since it assists people traveling via aircraft to stay connected with internet.

Regionally, the global in-flight Wi-Fi (entertainment) market is segmented into five major regions comprising of North America, Europe, Asia Pacific, Latin America, and Middle East & Africa. The market in the North America region is estimated to witness significant growth over the forecast period owing to thepresence of private service providers in satellite broadband services for aircrafts, 5G distribution by the major service providers, and technological development in the aviation industry.In 2022, the United States became the country with the highest airport connectivity score along with generating an air passenger revenue of around USD 200 billion.

The Growing Trend of Streaming Services to Drive the Market Growth

The total number of hours seen on live streaming services increased by 95% over 2019 and 2020.

The rapidly growing trend of on-demand entertainment is influencing the air service providers to offerrefined services to their passengers while they traveling. As a result, the in-flight Wi-Fi deployment is ruling the aircraft industry.

However, technological shortage, soaring expenses of in-flight Wi-Fi, and data privacy threats are expected to operate as key restraint to the growth of global in-flight Wi-Fi (entertainment) market over the forecast period.

Top 7 Websites For Downloading Anime Movies In HD Quality. You Should Know

How to Choose the Best Game Streaming Platform

Top 9 Ways To Decorate Your Outdoor Space With Bourbon Barrels

To Manage The Pressures Of Working In A Modern Workplace